International Women’s Day: Have you thought about the women behind successful men?

International Women’s Day: Have you thought about the women behind successful men? 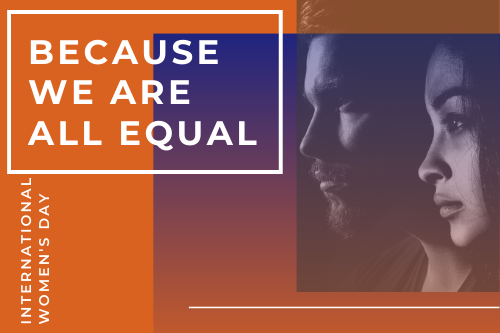 Like many people across the world today, here at New Media Ghost we are celebrating International Women’s Day.

This annual movement has occurred for over a century, dating back to 1911 in Denmark, Switzerland and Austria to campaign for women’s right to work. More than one million protesters attended the women’s right to work rally and today we are quite rightly, celebrating it globally.

We have chosen our powerful International Women’s Day #ChooseToChallenge conversation starter. We want to really put into practice and explore the defined “behind every great man is a greater woman” expression.

Today, we are focusing on the American politician and 44th president of the United States, Barack Obama. Many would say “his story is the American story”. Barack Obama came from a middle-class upbringing, with a good education and strong family values. Such values played an important role that got him where he is today and this shines through the legacy he left. During his two terms, Barack Obama became one of the most transformative presidents in the United States. In Office, he improved health care, rescued the country from economic struggles and supported the LGBTQ+ community in the fight for marriage equality.

We can also agree that during his presidency, Obama was a true advocate for women. From reauthorising the Lilly Ledbetter Fair Play Act and the Violence Against Women Act, he truly pushed for the cultural change women needed and deserved.

This is now where our #ChooseToChallenge question comes into play; what does it take for a successful figure like Barack Obama, to support the gender agenda?

Answer: A great man like Barack Obama is surrounded by greater women.

Aside from his political position, Obama is a family man. Husband to Michelle Obama and a father to two daughters.

Before Michelle met Barack, she was already carving her own footpath in the fight for social changes. During her early career, Michelle’s work focused heavily on supporting young women, especially girls, in aid of opening up better opportunities for an education and chance in life.

As the first African American First Lady, Michelle Obama’s fight for equal rights didn’t stop there. She certainly didn’t sit back during her husband’s presidency, in fact, she created her own legacy. From ‘Let Girl’s Learn’, ‘Let’s Move’  and the support of armed forces and their families. Michelle Obama’s career continued to focus on improving the lives of others and with her political presence, helped women all across the world. Everything she has done, is done with passion. From her movements to her ‘girl power’ Spotify playlist, Michelle Obama is truly a modern-day, revolutionary woman.

Her career and time as the First Lady has been simply inspirational. Not just for women around the world, but for men and families.

Barack Obama is surrounded by women. His daughters, wife and the myriad of women supporters as he made these pioneering and much needed changes. Our take on today’s International Women’s Day is not to forget that behind successful men are women like Michelle – successful women in their own right.

During his speech on International Women’s Day in 2016 Obama said, ‘a future in which all women and girls around the world are allowed to rise and achieve their full potential will be a brighter, more peaceful, and more prosperous future for us all’.

Let’s celebrate women who are pioneering ahead. Let us not forget those in the shadows and those who are the quiet movement behind others.

We use cookies on our website to give you the most relevant experience by remembering your preferences and repeat visits. By clicking “Accept”, you consent to the use of ALL the cookies.
Cookie settingsACCEPT
Manage consent

Any cookies that may not be particularly necessary for the website to function and is used specifically to collect user personal data via analytics, ads, other embedded contents are termed as non-necessary cookies. It is mandatory to procure user consent prior to running these cookies on your website.