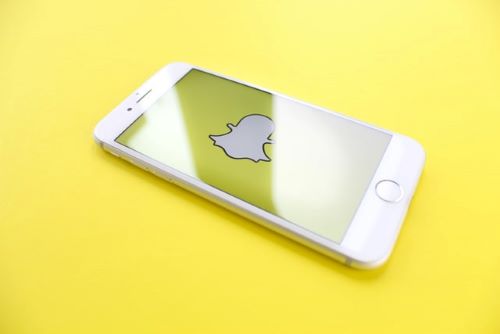 19-year-old Maisie Hazelwood became the subject of public controversy after a wave of articles about her so-called ‘Snapchat obsession’ dominated the media. The Mirror and the Mail were quick to pen pieces about Hazelwood’s destructive relationship with the social media app, which allows users to digitally clear up blemishes and other undesirable traits. You might be wondering, ‘what does this have to do with surgeons?’. Well, it turns out Hazelwood suffers from what academics are calling ‘snapchat dysmorphia’, and cosmetic surgeons are caught in the middle of it. It’s a delicate issue for your personal brand that demands time you don’t have – but New Media Ghost does.

What is Snapchat dysmorphia?

Snapchat dysmorphia may seem like a rare and niche issue, but it’s actually the latest in a long series of dysmorphic phenomena that endangers the personal brand of surgeons worldwide. According to research from clinical psychologist Dianna Bartsch, out of 619 students who were assessed, 2.3% satisfied the criteria for body dysmorphic disorder (BDD). That was in 2011; nowadays, Dr Katharine Phillips of the IOCDF estimates that up to 2.9% of the general population suffers from BDD. That’s roughly 220 million people, and whilst it may comprise a small portion of the general population, it’s that exact demographic which is significantly more likely to solicit the services of a cosmetic surgeon. That number is rising according to the University of Pennsylvania’s School of Medicine who estimate that 70% of people with BDD have sought cosmetic solutions.

How may this impact my private practice?

With sufferers of dysmorphic disorders flocking to cosmetic surgery, the media debate rages on about whether surgeons are responsible for enabling problematic behaviours by practicing with these clients. In many countries, the patient screening process is not mandatory for cosmetic surgeons, and with BDD sufferers being so difficult to identify regardless, making the right call can be challenging even for the most esteemed cosmetic surgeons in the field. Personal branding is hard enough as it is without the threat of media controversy looming over your private practice – so what can be done?

One thing’s for certain: going it alone simply isn’t going to cut it. It might have been enough to let your credentials speak for themselves ten years ago, but in today’s day and age, private practice is more competitive than ever, and image is what separates a distinguishable practice from an irrelevant one. Patients have instant access to a wide catalogue of private surgeons and practices. They need to know why they ought to choose you over countless others, which means you need a visible but reliable brand in the increasingly public world of surgery.

How we can help

That’s where the services of New Media Ghost factor in. We offer bespoke personal branding services to maximise your outreach from every channel possible, from social media channels to the content of your personal website. New Media Ghost’s expertise in the digital media landscape offers not only quality maintenance of your existing presence but executes detailed social media and content strategy specifically for you. On top of that, we’ll undertake a personal marketing strategy on your behalf so you can leave all the planning to us. We also understand that it’s not enough to be seen, which is why we specialise not just in building a social media following but maintaining a strong base with active engagement. In short, New Media Ghost assumes your entire digital identity to grow your personal brand, whilst you get to stick to what you’re best at, which is delivering top quality surgery to clients with the weight off your shoulders.

For more information on what New Media Ghost can do for you, get in touch via our contact form.